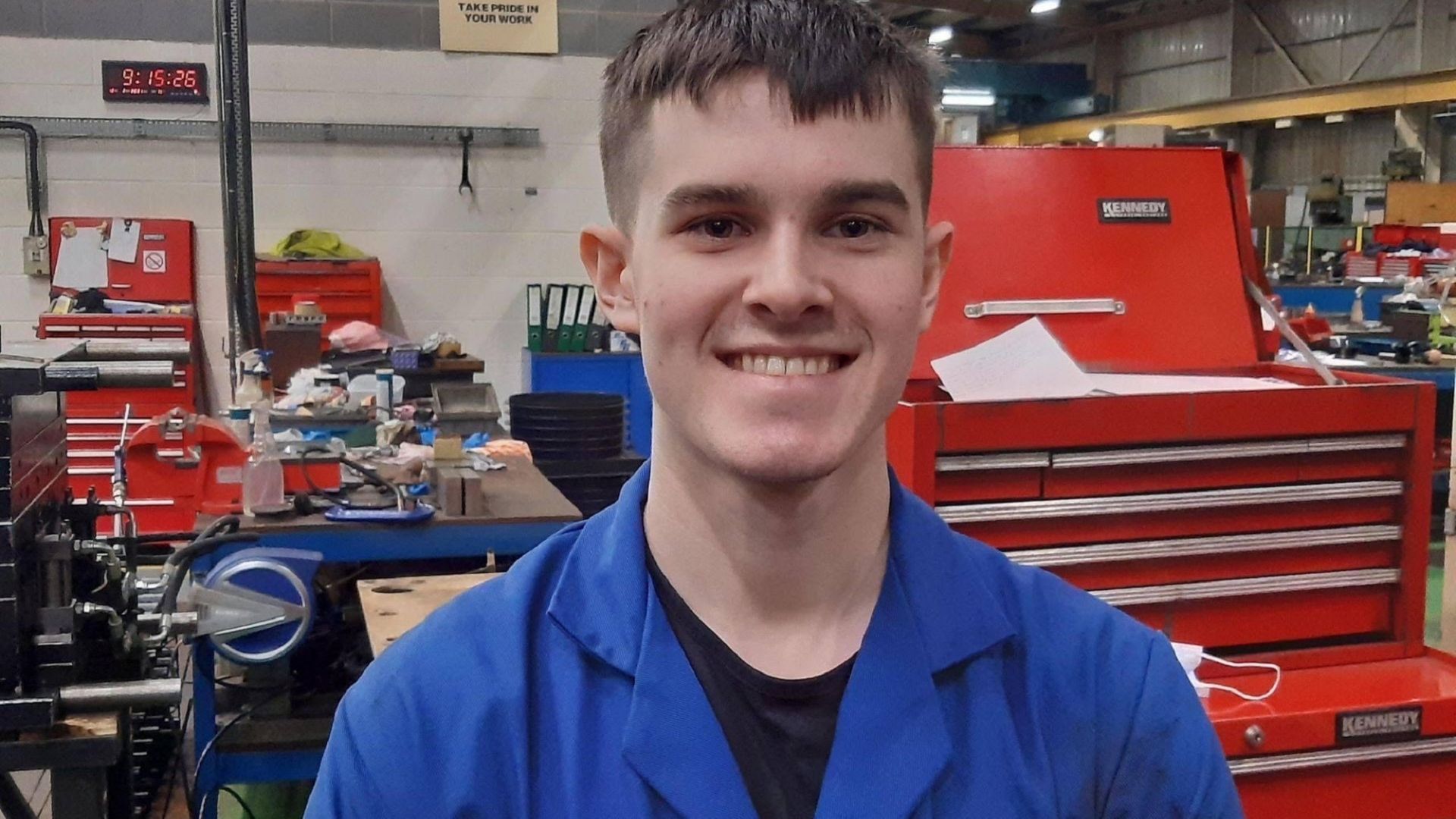 An apprentice has saved a UK-leading toolmaker more than £300,000 by modifying an old mould tool, securing its continued longevity and further repair costs.

As an apprentice toolmaker at the Thorne-based factory, Aaron works on precision machine tools which are used to mass produce uniform plastic parts. But the bulk of his workload sees him focus on fixing components used underground, such as storm cells and large drainage systems.

Aaron said his greatest achievement to date has been saving his company a cost of £300,000 by fixing  a design flaw of a storm cell tool.

“A plastic injection mould tool kept breaking and causing other parts to flash, it was here I came up with the idea to change the shutoff area to prevent the rubbing of two mating parts which were the cause of the problem,” added Aaron.

“Doing this modification saved an old tool from needing to be scrapped and another needing to be bought, saving my employer £300,000 and stopped further repairs of the tools. It has now been continually running successfully for over a year, with no further issues arising from the parts.

“It was a long three-month project, but it was a very satisfying feeling to see all the work come together.”

His brother Jordan Clayton, 23, also works for Polypipe Building Products and saved the company £240,000 in 2020 after he designed and produced parts for an automated robotic system by keeping the work in house. The two brothers alone have saved their firm almost £500,000.

Aaron started his apprenticeship at the University of Sheffield AMRC Training Centre in September 2018 after he made the decision to stop pursuing his A-Level courses in history, geography and business studies because he wasn’t enjoying them.

Aaron is now working towards his advanced apprenticeship, which he hopes to complete in September.

Director of the AMRC Training Centre, Nikki Jones, said: “Like many of our determined apprentices, it’s great to see that Aaron’s hard work has helped his company save an old machine from being scrapped and ensured it continues to bring value to the manufacturing process.

“We hope a story like Aaron’s, that shows how fresh thinking and new ideas can make a real difference to industry, opens up a window of curiosity to anyone who is thinking about taking up an apprenticeship.”

Aaron is a keen advocate for apprenticeships, adding: “Doing an apprenticeship is a great way for people to earn as they learn, alongside getting vital work experience.

“I had always enjoyed engineering at school, whether it was in product design or metalwork – and I found using machines to produce precision parts to be very fascinating and I knew I wanted to end up going down the engineering pathway like many of my family members have.

“Doing an apprenticeship has really helped me get into a good working routine and has also given me the solid groundwork to progress with my skills in working, academically and physically at work.”

Simon Golightly, factory manager at Polypipe, said Aaron is a ‘breath of fresh air’, adding: “Not only has Aaron progressed nicely through his academic apprenticeship qualifications, but he’s also become a vital member of the Polypipe Building Products team.

“His personality is infectious, he oozes confidence without a hint of arrogance and everyone who works with him says he’s always polite and conducts himself professionally to the highest standard.

“It’s been fantastic to see him grow from being a very shy individual, to the confident person everyone sees him as today.”

Find out more about studying an apprenticeship with us: https://amrctraining.co.uk/apprenticeships/how-to-apply.