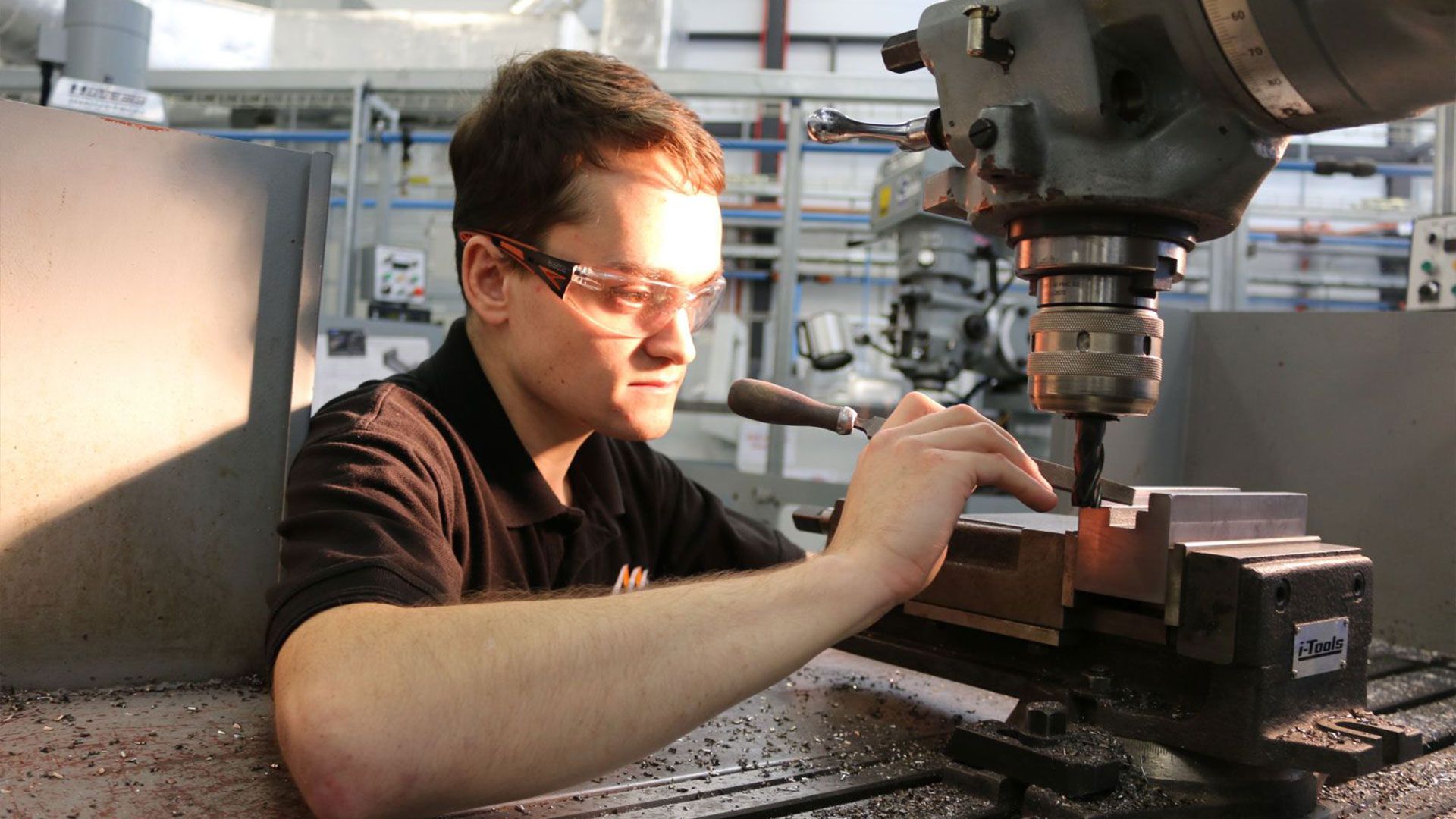 This week I have finished my manual milling exam piece, which met every tolerance, and I completed all the relevant paperwork. After every project we have to complete a small booklet in which we reflect on the process of making the project; this includes talking about any problems we encountered, the tools we used, and the calculations we made. Additionally, this week I have begun my competence piece which is a toolmakers vice. I have already produced the screw whilst working on the manual lathe last month and up to now, I have blocked up the piece of steel and have begun to machine the slot in which the moving jaw will slide.Working at the speed I am, I will have finished all my exams and projects with three weeks spare to work on an extension project of my choosing on the milling machine.

Working on the vice

This week I have continued to work on my vice. I have completed the vice body and have begun to produce the moving jaw. I have blocked the steel piece up, produced the step and threaded the holes for the brass packers and the vice screw. I have also performed my presentation on the AMRC Advanced Structural Testing Centre (ASTC). I spoke about some notable tests such as the one conducted on the Game Bird light aircraft as well as the physics involved in structural testing (for example, the young modulus graph and how it is calculated). I also spoke about the testing centre’s capabilities in regards to various machines and testing procedures.

Last Friday was the monthly return to work day. The team at the ASTC had delayed working on a testing job from the AMRC Composites department so that I could participate and get to know the machines. The job involved tensile testing different bonding methods for bonding carbon fibre. I found this particularly interesting as it meant I was able to observe the instruments generating graphs relating to what I had studied in physics at school. It felt very vindicating that I could now apply what I had learned at school to the work place, which at the time of learning could sometimes feel abstract and somewhat irrelevant. Back at the AMRC Training Centre I have moved on to some of the smaller components for the vice project. I have produced both jaw plates and I am in the process of milling the jib strip. When I get to drilling the holes I will have to place it in an aluminium jig that I had made previously to hold it in place. I am looking forward to this process since I will be using an accessory of my own making in combination with the machine