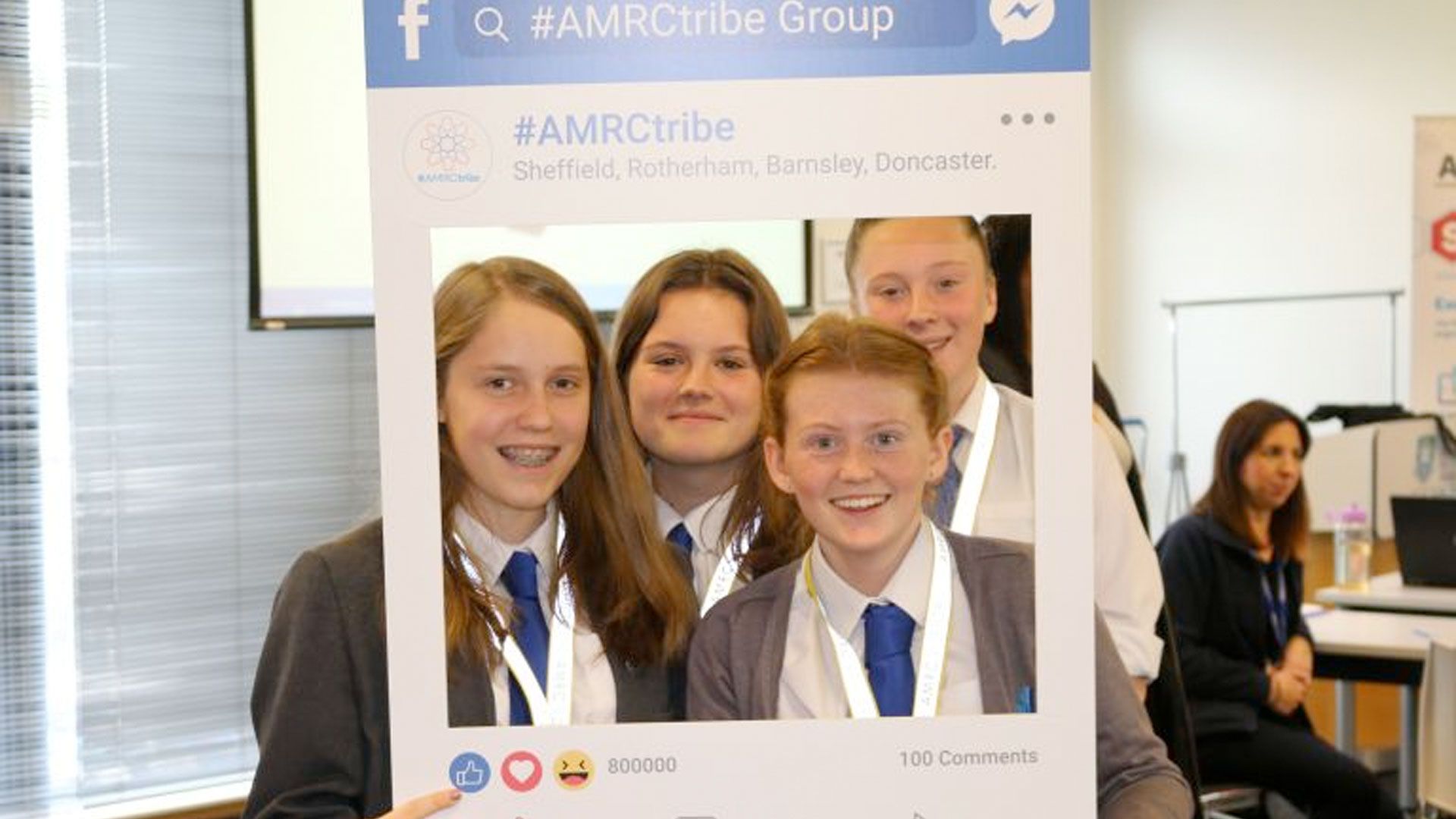 Rotherham schoolgirls have now been shown the huge potential of a career in engineering thanks to the University of Sheffield Advanced Manufacturing Research Centre’s (AMRC) #AMRCtribe campaign.

Fifty-four pupils from five schools in the Sheffield City Region, including Rawmarsh Community School, were invited to the AMRC, part of the High Value Manufacturing Catapult, in the latest event of a programme which aims to inspire young girls to pursue a career in STEM (science, technology, engineering and maths).

Attracting more women into engineering is one of the most serious challenges facing the industry and a large part of #AMRCtribe, which launched in June 2019, is to create a supportive network for teenagers to talk openly about their interest in STEM subjects and STEM-related careers. An exclusive social media group provides a safe environment for young women to talk in confidence to like-minded peers who may attend different schools.

“We want to connect young girls from the Sheffield City Region so they feel they’re not isolated,” said Ami Swales, the AMRC’s STEM and Outreach Coordinator. “Often they can be the only one in their friendship group that is interested in engineering, but with #AMRCtribe they can meet other people who have similar interests and it might empower them to pursue that career.

“We invited five schools to this event and each has had tours of the AMRC Training Centre, the Design and Prototyping Centre, Factory of the Future, Nuclear AMRC and our Manufacturing Transporter.”

Following the tours the schoolgirls were then set an engineering group activity, working in mixed teams, to build a model Ferris wheel using little more that paper, masking tape, string and bolts.

Asha Spruce, 16, from UTC Sheffield, said: “I think #AMRCtribe is such a good initiative because women feel intimated going into such a male-dominated industry. Having the tribe means there is support there and it gives us women a chance to meet others doing the same thing.

Speakers at the event, held at the AMRC’s Knowledge Transfer Centre, included Fellow of the Institute of Physics, Mark Wrigley and second year apprentice machinist at Boeing Sheffield, Rosie Davies.

Asha added: “Hearing from people like Rosie and seeing other female engineers working on the shop floor really inspires me; it shows that it can be done.”

Sam Booth, Head of Design Technology at Bradfield School in Worrall, said #AMRCtribe is key to promoting engineering to students at school: “One of the top ways to get girls into the industry is to show them inspirational female engineers and that is very difficult for us to do at school when there are just two engineering teachers, both of whom are male. When you bring them to an environment like the AMRC, straight away they can see that there are females in engineering and female apprentices at the AMRC Training Centre.

“Seeing the Design and Prototyping Centre was great because it is spotless and not what you think an engineering environment would look like. It is very, very high-end with engineers working on projects which these students found fascinating.

“Some of the girls have found it quite surprising really, they didn’t expect it to be exactly what it is, which has been really good. We just need to change parents’ misconceptions now because for the students it definitely has.”

On the exclusive social media group, Sam continued: “Having that continuation after today’s event, where hopefully the girls can speak to each other, could actually be something quite powerful. The key is that teachers are not involved, the pupils support each other.”

#AMRCtribe will continue throughout 2020, with further events for schools at the AMRC and STEM-inspired social events for those girls who’re involved in the social media group.

“It is wonderful to show these girls things like the Digital Operating Theatre, Nuclear AMRC and Virtual Reality because that isn’t what they would be able to access on a normal day at school,” said Ami.

“A lot of girls do come to us with the mind-set that STEM isn’t for them. We want to challenge stereotypes and show the girls that they can achieve anything they put their mind to.”

Close encounter of the AMRC kind Read more
Back to News